What You Will Learn on this Page

Hemp and its sister plant, marijuana, have been some of the most controversial crops of recent years. While the medical marijuana industry has influenced a surge of support for marijuana cultivation in the US and throughout the world, the legal marijuana trade continues to face many roadblocks due to the psychoactive nature of the plant and the nebulous legal issues surrounding its use. Hemp, however, offers thousands of applications, from hemp fiber-based clothing and fabrics to cannabidiol (CBD) product manufacturing, the development of longer-lasting batteries, and incredibly durable composite materials for automobile manufacturing. 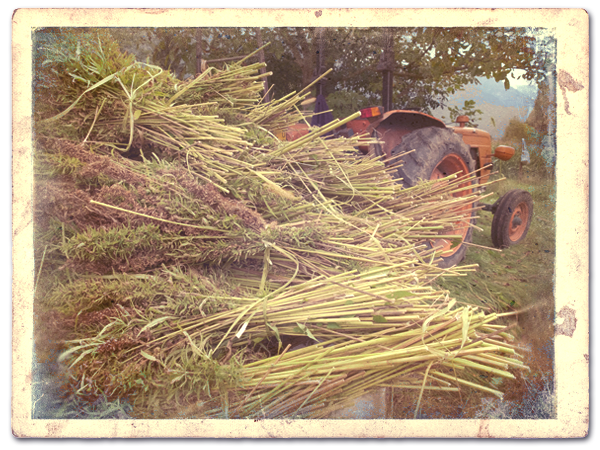 Countries across the world have come to realize the vast potential hemp offers as an industrial crop, with the potential to reduce human dependence on some of the most expensive and environmentally destructive resource gathering industries in the world. While the United States is relatively late to the game when it comes to the hemp industry due to long-standing restrictive legislation, other counties with more relaxed hemp laws have cultivated this crop successfully for many years, and their industries continue to gain traction as global demand for hemp-based products increases.

Hemp in the United States 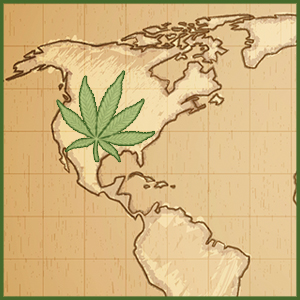 , the US government granted the first hemp cultivation permit in 40 years to a small quarter-acre farm in Hawaii as an experimental implementation of more relaxed hemp laws. The 2014 Farm Bill allowed for limited cultivation in the US, and the 2018 Farm Bill finally made a clear legal distinction between hemp and marijuana. Prior to the approval of the 2018 Farm Bill, the United States was the largest importer of hemp products in the world, and hemp imports skyrocketed between 2005 and 2015 from about $5.6 million to $78.2 million.

Most of this astronomical import growth was from hemp seed purchases as more hopeful farmers attempted to cash in on the newly relaxed hemp cultivation laws and the booming CBD product market. While the United States may still trail behind other countries that have enjoyed more relaxed hemp cultivation last for years in terms of hemp fiber-based products and composite materials made with hemp, the US is not far behind many other countries when it comes to the CBD oil market.

Between 2018 and 2019, the number of growers approved for hemp cultivation almost quadrupled for more than half a million acres of hemp licensed nationally by the end of 2019. Each acre is capable of producing up to three tons of hemp depending on harvest quality, so this means the hemp industry in the United States continues to boom thanks to evolving legislation and skyrocketing demand for CBD and hemp-based products.

There are currently two sides of the CBD market active in the United States: the wellness-focused market and the pharmaceutical market. Developing CBD products for the pharmaceutical market is much more difficult than it is to create wellness-focused products like skincare products and wellness treatments. Creating CBD-infused medical products requires a wide range of official approval from various oversight agencies and keen attention to detail during all aspects of raw material acquisition and implementation. 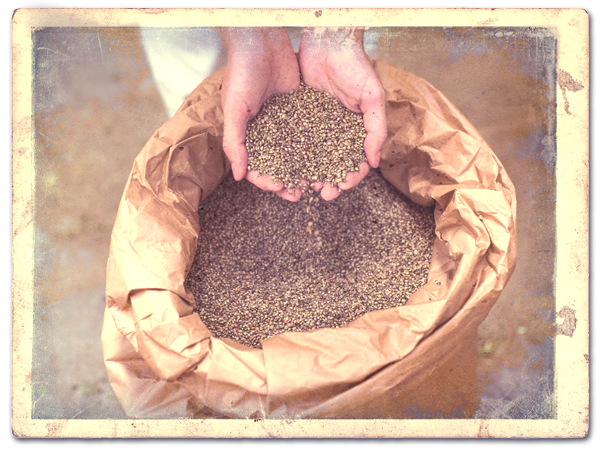 Companies that wish to develop pharmaceutical-grade CBD products must complete several clinical, research, and developmental studies before gaining approval, but the wellness market faces no such restrictions. Some industry analysts predict that the US CBD wellness product industry could balloon to $22 billion by 2022. 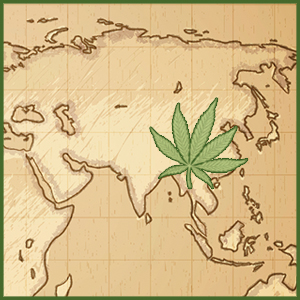 Chinese hemp farmers cultivate more than 44,000 tons of hemp every year, accounting for nearly 40% of all hemp grown in the world annually. As China continues to be a global manufacturing powerhouse, the recent Made in China 2025 initiative that announced China’s intention to become the world’s leading producer of semiconductor, microprocessor, software, and other digital assets could indicate the country’s plans to leverage their massive hemp harvests for the benefit of the Chinese technology sector.

Hemp holds incredible potential as a main component of lighter, faster, and higher performing batteries, especially for devices that store high levels of electrical charge to be discharged in strong, short bursts. Electric vehicles, rapid charging phone batteries, and countless other devices could benefit from such technology.

A 2004 Clarkson University study concluded that hemp-based batteries not only outperformed typical graphene-based batteries, but did so by an astounding margin of about 200%. Hemp-based supercapacitors could reduce the need for expensive and destructive graphene mining in rural China and India, enabling not only more effective but also more environmentally responsible battery devices. 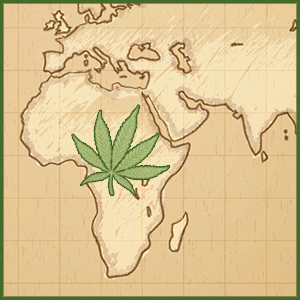 Africa could hold incredible potential for global investors interested in the hemp market. However, despite an incredible amount of arable land that would provide ideal growing conditions for industrial-grade hemp, the hemp industry of Africa continues to pale in comparison to its potential, likely due to persistent stigmas surrounding the plant, political unrest, and poor public policy. In 2018, hemp sales generated roughly $15 million through only about half a dozen companies.

South Africa, Zimbabwe, and Malawi lead the hemp industry of the African continent, and legislation in these countries has shifted over the last few years in response to growing demand for hemp-based products, both within Africa and throughout the rest of the world. Industry analysts predict that hemp could become one of the most important industries for many African nations by providing significant financial opportunities, reducing food insecurity throughout the continent, and modernizing the African agricultural sector. 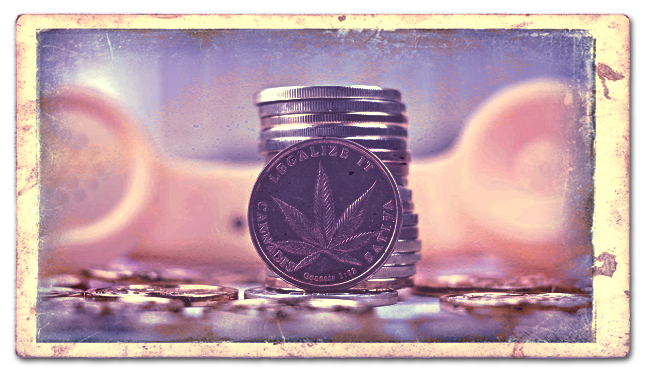 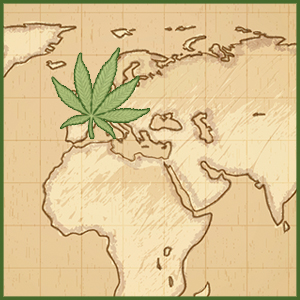 France currently leads the European Union in hemp production, growing more than half of the EU’s entire hemp yield for 2016. That year, the EU reported more than 250 million pounds of hemp grown across 70,000 acres. Most of the French hemp industry focuses on fiber cultivation, but there is a market for smokable CBD-rich varieties sold in cafes throughout Europe. However, market data for smokable CBD is difficult to track, but low-THC hemp remains the focus of France’s hemp industry.

Leading French hemp companies report that increased public education will be one of the biggest driving forces behind hemp industry growth throughout Europe. Additionally, heavy regulation on the hemp industry also seems to hamstring hemp cultivation in France, especially those that conflict with EU laws and bog down export opportunities. 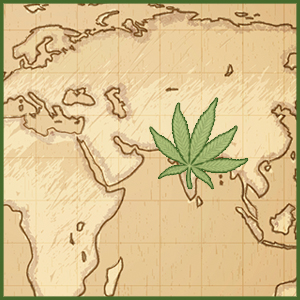 After a more than 50-year ban on all forms of cannabis cultivation, the Indian government may be turning a corner when it comes to the potential of the hemp industry for the country’s economic growth. In 2017, the Indian Ministry of Textiles decided to revisit the country’s stance on hemp cultivation, and the Indian Council of Scientific and Industrial Research announced plans to study more than 20 different strains of the cannabis sativa plant.

Hemp is now legal for horticultural use in India, and many hemp industry analysts believe hemp could be an incredibly valuable crop for India, not only for its own applications but the ability of hemp crops to enable soil regeneration to bolster the growth of other important crops. With India’s large population and the vast potential for hemp to reshape the Indian economy, India is certainly a country for hopeful hemp industry investors to watch in the near future. 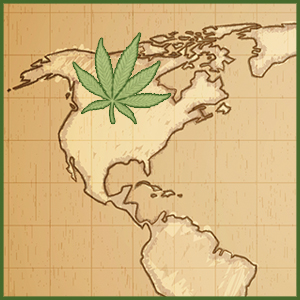 For years, Canada has been one of the leading producers of hemp, far outproducing the United States thanks to a 20-year head start on legal hemp cultivation. Canada produces roughly ten times the amount of hemp as the United States, but the Canadian hemp industry continues to struggle with a few long-standing issues that have slowed the economic growth of the Canadian hemp industry.

Canada famously legalized recreational marijuana for adults in 2018, but the industry did not perform up to expectations. Industry leaders blame this shortfall on a poor initial projection of the size of the recreational marijuana market, minimal retail access for legal purchases, and a thriving and competitive black market. The recreational marijuana industry in Canada faces many of the same issues as the hemp industry; overbearing government regulations and slow implementation stagnated growth of what could have been an incredibly lucrative and beneficial industry for many Canadians.

n November of 2017, the Australian government legalized the cultivation of food-grade hemp seed and oil, but Australian hemp farmers continue to struggle to meet the demand for hemp-based products. Hemp is currently grown in every Australian state as an irrigated crop, and hemp-based food products are now available at grocery stores and wellness-focused businesses throughout Australia. However, the total gross value of the hemp industry in Australia only reached about AU$300,000 for the roughly 93 metric tons grown during the 2011-2012 growing season, and industry analysts predict this will only grow to about AU$3 million by 2023.

Many of the challenges facing the hemp industry of Australia trace back to a lack of hemp processing facilities, imperfect harvesting mechanization, low production scale, and a number of other agronomic challenges. Heavy government regulation has also diminished interest in pursuing hemp cultivation licenses, which come with the requirements to submit to regular government inspections, obtain official approval for all planting sites, and agreement to government monitoring.

Hemp’s Potential for the World Market 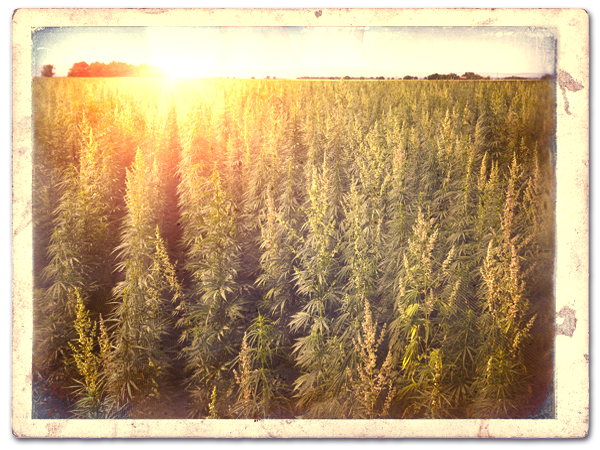 Hemp may remain a highly controversial crop in many places throughout the world, but its economic benefits and potential as a component for environmentally responsible manufacturing processes should encourage world leaders to revisit overly strict hemp-related laws. Legislation in the United States and throughout the world is sure to continue evolving as attitudes toward hemp change, but current data seems to project a bright future for the hemp industry all over the world.