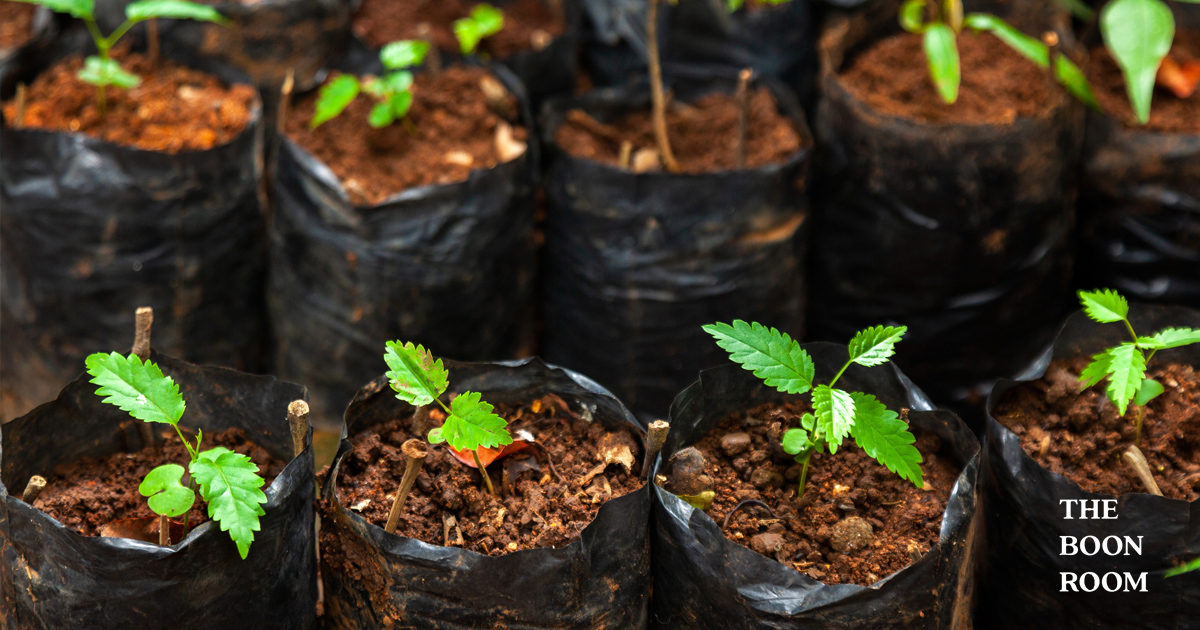 Many know Sebastião Salgado through his famous photography that captured the human condition. He dedicated much of his life to capturing the world around him, both the beautiful and the ugly. While his photography has left a legacy of its own, his true purpose was found in the reforestation of his homeland in Brazil.

His story is a testimony to the power someone small can have on a large issue. With rising concerns of deforestation, greenhouse gases, and global warming, it can feel overwhelming. At times, it even feels that we may be too far gone to recover what we have lost. The Salgado story is a reminder that there is always hope. Through the work of Sebastião and Lélia Salgado, a 20-year reforestation process was not only possible, but it was also successful.

Salgado grew up 70 miles inland from the Brazilian Atlantic coast on a 1,750-acre former farm. His home was in the Rio Doce valley in the state of Minas Gerais. This land was once quite remote, having one dirt track along the river that wasn’t always available year-round. This land is home to the Atlantic Forest, half of it covering his family’s farmland, and half of it pouring over into the Rio Doce Valley. The Atlantic Forest was once second in biodiversity, following closely behind the Amazon. It was an impressive ecosystem of natural flora, fauna, and wildlife.

Salgado’s father, during the time when Sebastião was growing up, as well as other farmers, turned to cutting down the forest to make ends meet. The wood was sold off, the sash was burned, and African grasses were planted to feed cattle. In time, the land dried up, and what was once the second in biodiversity became a shadow of its former self. The Atlantic Forest as a whole shrank to less than 10% of its original size. In the Rio Doce Valley, the forest shrank to 4%.

The grand scale of this loss wasn’t fully realized until the 1980s. It wasn’t until the 80s that we had access to satellites that could show the world the real detrimental decline of the Atlantic Forest. Witnessing this decline was overwhelming for many, and it made many question if there was any chance of recovery.

It Is Possible to Recover the Atlantic Forest

Salgado had left his home at a young age, pursuing the greater world around him. He would meet his wife Lélia, as well as find his true passion in photography. He dedicated himself to his photography, traveling the world and capturing the human condition. In the 1990s, his father’s land was given to his family. When he and his wife arrived back in Brazil, they were shocked to see the conditions of the forest. What was once a lush forest of his youth was now a dry, cracked desert that was unrecognizable. They knew immediately that they wanted to do all they could to replant the forest. They knew that it was possible to recover the Atlantic Forest.

In September 1998, the Salgado’s enlisted the help of a foresting engineer to take a look at the farm. This engineer, Renato de Jesus, ran programs for Vale, one of the world’s largest mining companies. This company was heavily focused on rehabilitating mines, even if some of their processes were considered controversial. Renato de Jesus assessed the land, confirming their thoughts that the soil was dead, but also providing hope that it could be revived. Together, they formulated a plan to begin the reforestation process. To start, they hired two-dozen workers to cut down and remove by hand, all of the grasses that were invasive, using metal tools. Vale donated 100,000 seedlings from their nursery, and the Salgado’s started to pursue funding from foundations worldwide as well as governments.

In 1999, the replanting work was ready to commence. They started by placing seedlings about ten feet apart, equaling about 2,000 trees per hectare. Their plan consisted of first planting trees that would trap moisture, and provide shade and protection for birds and insects. They also focused on plants that would help to restore the depleted nitrogen in the soil. They planted Brazilian fire trees, fig species, long-leafed anda-acu, and other legumes that were meant to grow very quickly and then die, replenishing the dry and cracked soil. Salgado was hopeful but faced a setback when three-fifths of the planted seedlings died. They soon realized that they had made their holes too tight. Instead of dwelling on this loss, Salgado embraced the fact that 40,000 trees had survived.

In the following year, they lost 20% of their seedlings, but they were still determined to solve these issues and improve their planting methods. Through trial and error, they persevered to the point where they are today. Today, the loss is around 10%. By 2002, the partnership with Vale ended, and Institute Terra, the name Salgado gave to this process that was now much larger than himself, took over. Institute Terra was able to produce seedlings in their nursery having learned from previous mistakes and gaining more experience. The most important commitment made by the Institute Terra was the commitment to maintenance. This project became much more than just replanting trees. They also built roads, fought against invasive species, and used ant bait to help protect the health of their plants and trees.

Turning to Their Community

The Salgado’s may have started the reforestation process, but it would take countless employees, volunteers, and donors to ensure that this project could continue for years to come. There have been many donors throughout the years, such as the Brazilian Nature Fund, a Brazilian cosmetic firm, provincial governments in Spain and Italy, as well as North American foundations. In addition to big-name governments, corporations, and groups, many individual donors showed their support, giving millions to restore the Atlantic Forest.

Donors have also supported training for local science teachers, ecology programs for graduates, and for the opportunity for visitors to see the forest reborn. Salgado’s commitment has never wavered, and when donated money was unavailable, he turned to his own to supply whatever was needed to keep Institute Terra functioning. In 2005, when money was needed, he auctioned off a special edition camera that sold for $107,500 which equaled the ability to replant 30,000 trees.

In addition to reforestation came the desire to improve water. From the start of their process, it would take over 10 years before a familiar creek on Salgado’s property would come back to life. Early on, they soon realized that the replanting of the land could also help to combat the drought that often plagues Brazil. Dry, cracked, desert-like soil won’t absorb water, it will just push it out towards the sea. Only healthy soil absorbs precipitation.

By tilling and resurrecting the land to regrow plant life, the soil could once again absorb and retain water. The replanted trees and plants helped to capture rain and runoff. By planting trees strategically, they could help to slow down rainfall, stopping the water from flowing too quickly.

One of the latest initiatives funded by the Institute Terra is Olhos d’ Agua or eyes of water. This initiative is focused on restoring headwaters throughout the valley. Institute Terra has signed agreements with other companies in the hopes of introducing a thousand new springs throughout the forest. These springs will only help to further the restoration process. To assist in this movement, employees of the Institute Terra provide local farmers 400 seedlings per spring as well as wire fencing and wooden posts. They encourage the farmers to plant the trees as well as put cattle fences around the springs to protect them.

Rebirth of the Forest

Images of the last 20 years are breathtaking in showing what true hard work and commitment can do. What was dry, bare land in the early 2000s is now a lush and diverse forest. Wildlife has returned, and what was once a silent desert is now a cacophony of bird calls and insects buzzing.

To put it in perspective, the list of newly returned species is as follows:

To see an entire ecosystem rebuilt from scratch in just 20 short years is awe-inspiring. When Salgado first looked across his property, his heart was heavy with the horrors that humans could do to each other and the world around them. Looking across his property now, he is filled with hope for the future. The Institute Terra is a testament to what people can accomplish together.

There Is Always Hope

We once thought that the Atlantic Forest was lost. What was once a lush forest filled with biodiversity became a shell of itself. In less than 20 years, this forest is once again on track to be a dwelling of biodiversity. The Salgado’s saw hope where others saw despair. By reaching out to others, they were able to start the reforestation process over again.

Now, Salgado can look across the land and see what he did as a child. This movement has grown beyond him as the Institute Terra continues to grow. Through the committed help of like-minded individuals, the Atlantic Forest was reborn. Time will continue to show the numerous rewards of their efforts. This story is a prime example of the power of hope and determination. We will never be too far gone to try. Nature will find a way, especially if we are willing to put in the work.