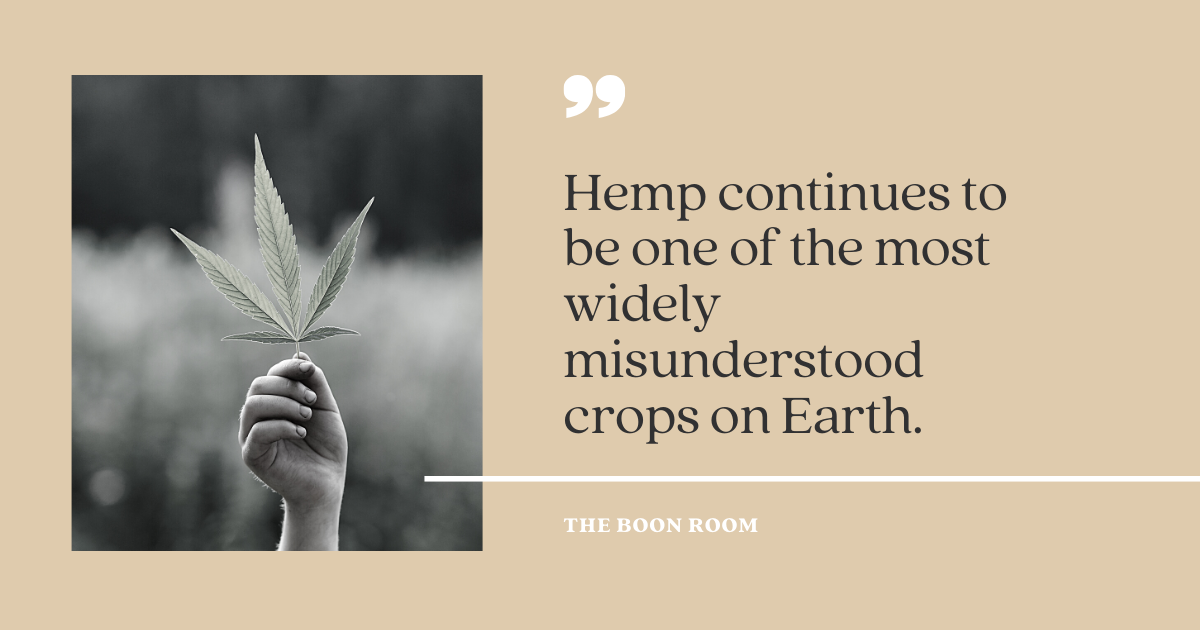 The Surprising Applications Hemp Offers as an Industrial Component

Hemp continues to be one of the most widely misunderstood crops on Earth. Some continue to believe that hemp is simply a sister-plant of psychoactive cannabis, not realizing that industrial hemp has an incredibly low level of the psychoactive compound that causes marijuana’s notorious high. Others believe it is of little value since it does not provide the same effects as cannabis, despite the fact that it has been cultivated across the globe for almost 10,000 years.

Even as hemp legislation continues to evolve in the United States and countries all over the world with more relaxed hemp cultivation laws continue to capitalize on the potential of hemp, misinformation continues to circulate. There is still much that many people do not know about hemp. 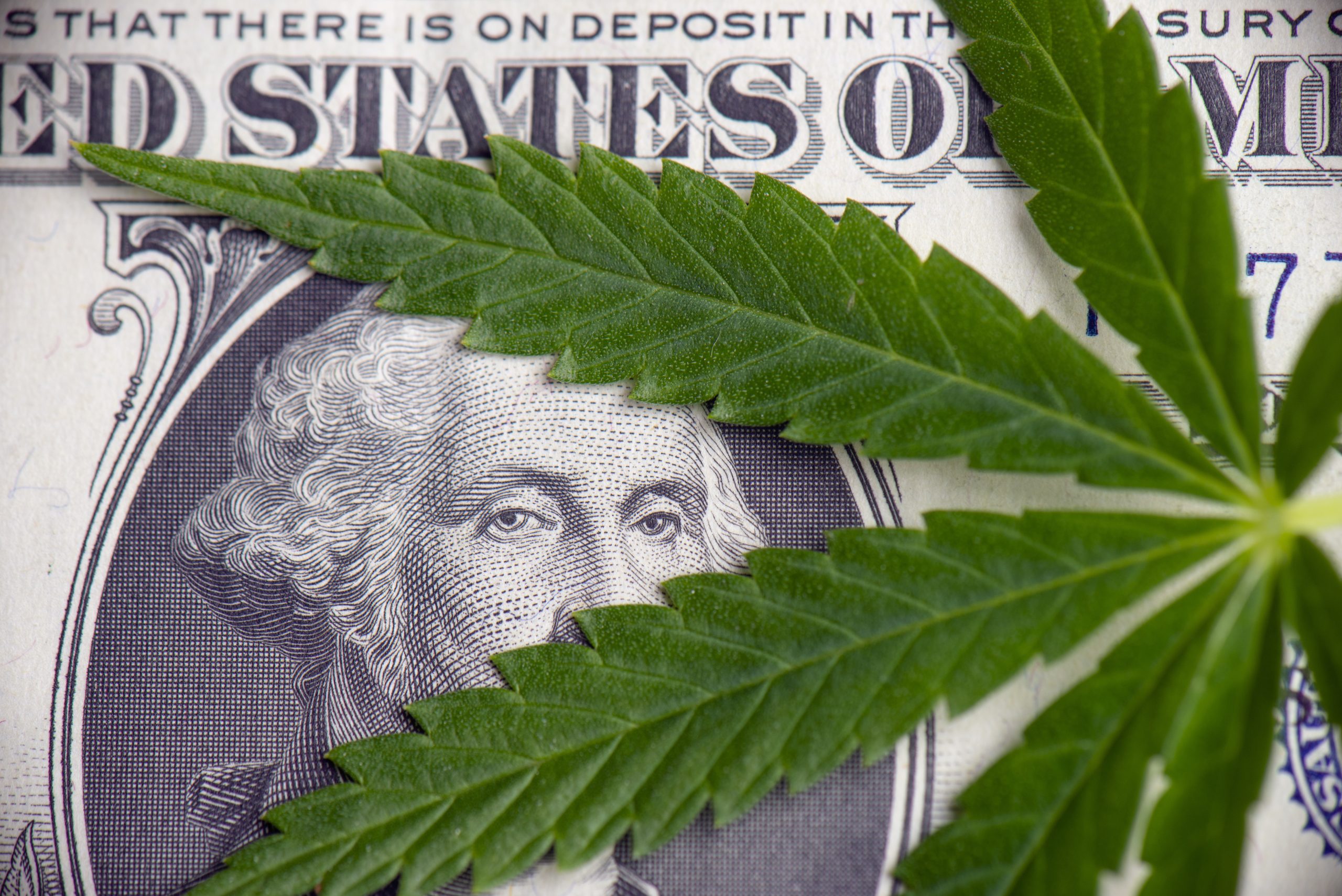 Roots of the Misinformation Circulating About Hemp

The history of hemp in the United States is interesting. During Colonial times, hemp was a staple crop and contributed heavily to the early American Colonies’ competitive trade market. It also became a valuable wartime asset during the fight for independence and was later a required crop for all landowners due to its many practical uses and ease of cultivation. However, everything changed during the 1930s with the passing of the Marihuana Tax Act.

This law placed large taxes on all forms of the cannabis plant and outlawed psychoactive cannabis as a Schedule I narcotic. This law effectively killed the industrial hemp industry in the US for many years due to fearmongering misinformation spread by the head of the Federal Bureau of Narcotics (FBN) at the time, Harry Anslinger. No one knows exactly why Anslinger was so obsessed with outlawing all forms of cannabis, but his efforts proved successful and he effectively killed the hemp and cannabis industries in the US for many years.

Hemp was unfairly lumped together with psychoactive cannabis, and the hemp industry in the United States fell by the wayside. There was a very short-lived resurgence during World War II after the Japanese attack on Pearl Harbor made it impossible for the US to import hemp from Manila, and the “Hemp for Victory” initiative led to the resurrection of the American hemp industry for a few short years.

Once the war ended, the US government quietly shut down all hemp production once again, and hemp remained illegal to grow in the US until the passing of the 2014 Farm Bill that allowed limited access to hemp cultivation for research purposes. The 2018 Farm Bill would finally categorize industrial hemp as its own plant and allow for the cultivation of hemp for industrial applications.

Now that hemp is legal to grow in the United States, hopeful hemp farmers are working hard to cultivate as much of this cash crop as possible within the guidelines of US laws. As hemp enters the mainstream, it’s vital for Americans to separate misinformation from fact and understand the potential hemp holds as an industrial crop. Hemp is incredibly versatile and offers many surprising uses and benefits that remain unknown by a large number of Americans. Here are seven things that you likely don’t know about hemp.

Hemp is an ideal rotation crop because of the way it grows and the benefits it offers to the land on which it grows. The growing cycle of hemp is only 100 to 120 days with stable growing conditions, and a strong hemp crop can be an incredible boon to any farmer. Virtually every part of the plant is useful, but any scraps left at the growth site after harvest will effectively compost the soil and enable a stronger harvest of whatever grows in the site next. Hemp also grows very strong roots. Since most planters keep hemp stalks about five to six inches apart, this creates a massive root network that can help hold soil together and prevent erosion.

Hemp can also effectively rejuvenate the soil in which it grows, helping farmers in all types of climates maintain strong growing conditions for not only their hemp crops but also every other crop they rotate through the soil. Hemp also requires very little water, so it’s perfectly viable in drier climates. 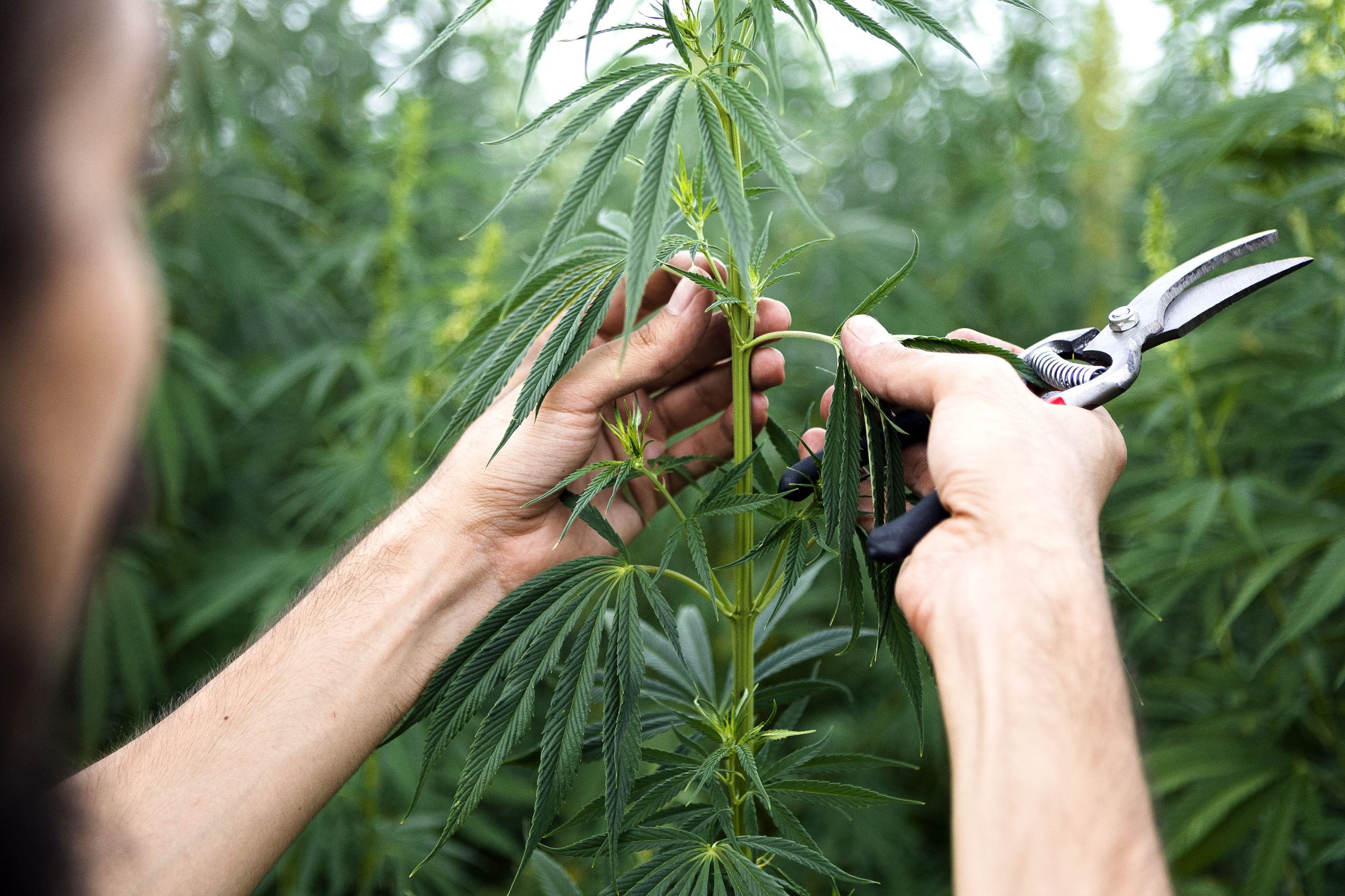 In addition to hemp’s ability to rejuvenate soil, this incredible plant can also help the environment in many other ways. Hemp greedily absorbs carbon dioxide (CO2), and every metric ton of hemp will easily absorb up to 1.6 metric tons of CO2 from the atmosphere. This makes hemp a better CO2 filter for the planet than most trees. CO2 isn’t the only substance hemp can safely absorb, however. This plant was famously used to help clean up after the Chernobyl and Fukushima disasters, removing radiation, cesium, and strontium from the surrounding area safely.

The American public has grown more conscious of the environment and human activity’s impact upon it in recent years, so it’s surprising how many people do not know that hemp is one of the most sustainable crops in existence. Hemp requires no herbicides or pesticides for strong growth. The stalks of a hemp crop grow densely and effectively choke out any nearby weeds that attempt to take root, and the plant naturally discourages unwanted insect activity while simultaneously providing ideal pollen-gathering conditions for honeybees. 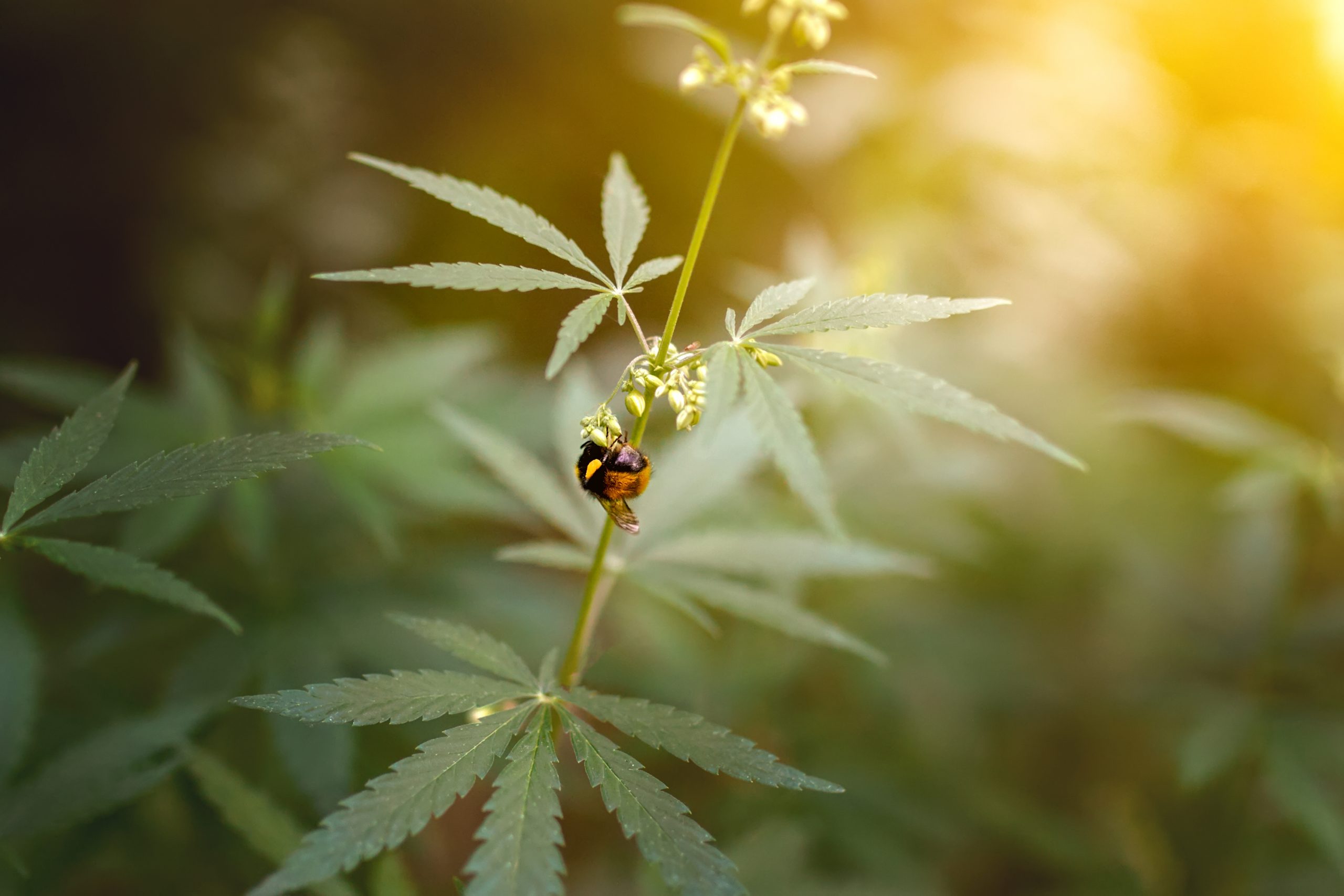 The paper industry is arguably one of the most environmentally destructive industries on the planet, and hemp could help curb our reliance on cutting down trees. While a tree can take many years to reach maturity, a crop of hemp will mature in just about four months. Hemp-based paper performs perfectly up to par with standard tree-based paper with none of the disastrous effect on the environment. Eventually, hemp crops could replace logging operations as a viable source of paper. 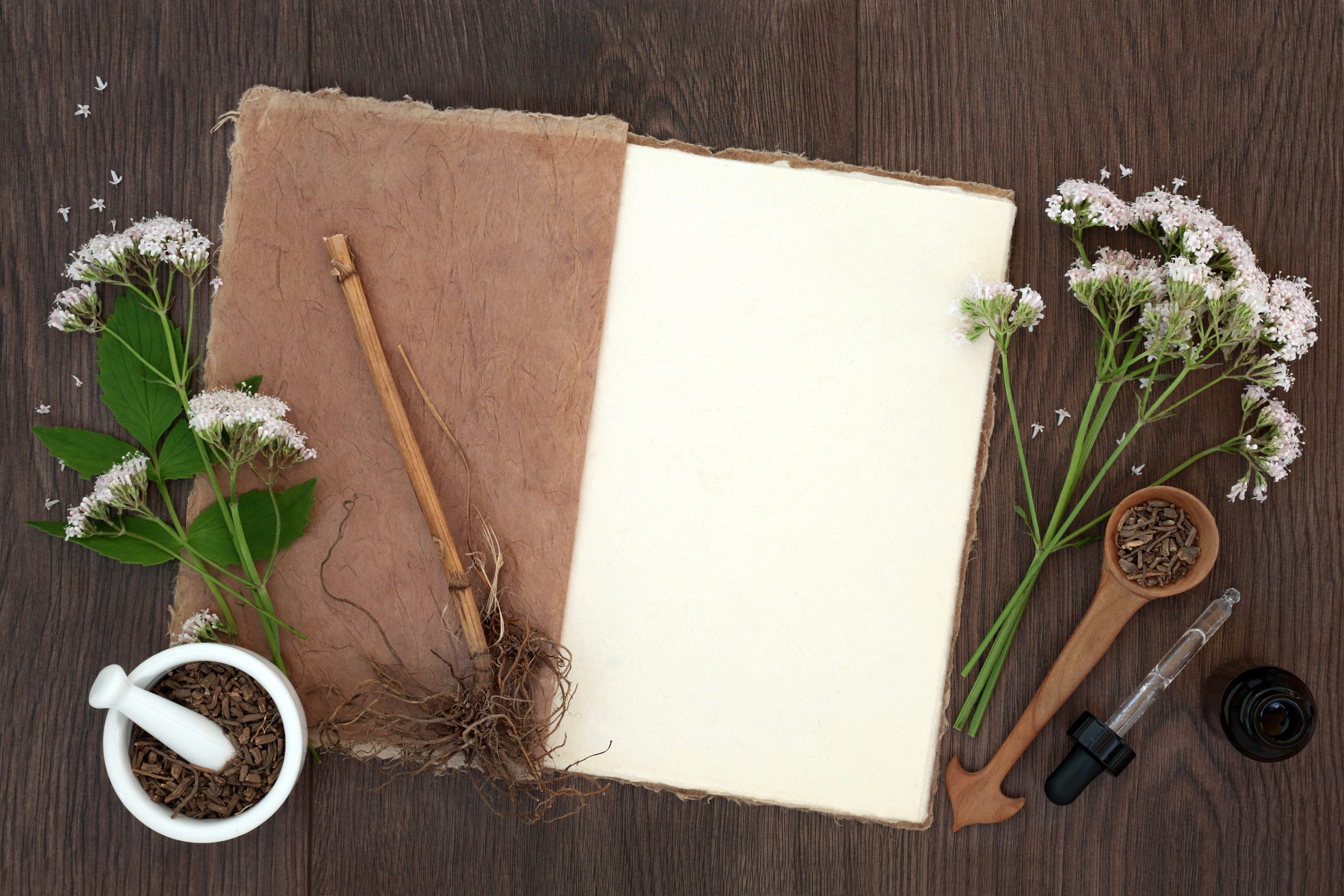 One of the reasons why misinformation continues to proliferate about hemp is its close biological relationship to psychoactive cannabis. The two plants are both varieties of the cannabis sativa plant, but they have very different properties. People often conflate the two because they both contain the psychoactive compound tetrahydrocannabinol (THC), the substance that causes the trademark high of psychoactive cannabis. However, the legally defined threshold for most states for classification as hemp rather than cannabis is very low at .3%.

Any form of cannabis with THC concentration above .3% is categorized as psychoactive cannabis and treated as such. Industrial hemp grown throughout the world typically has a THC concentration of .3% or less, making it unsuitable for refinement into mind-altering drugs. Despite the fact that industrial hemp does in fact contain THC, it is not possible to achieve a high by smoking it like cannabis and extracting the THC from hemp would be too expensive and time-consuming for a small yield that is very unlikely for anyone to consider it worth the effort. 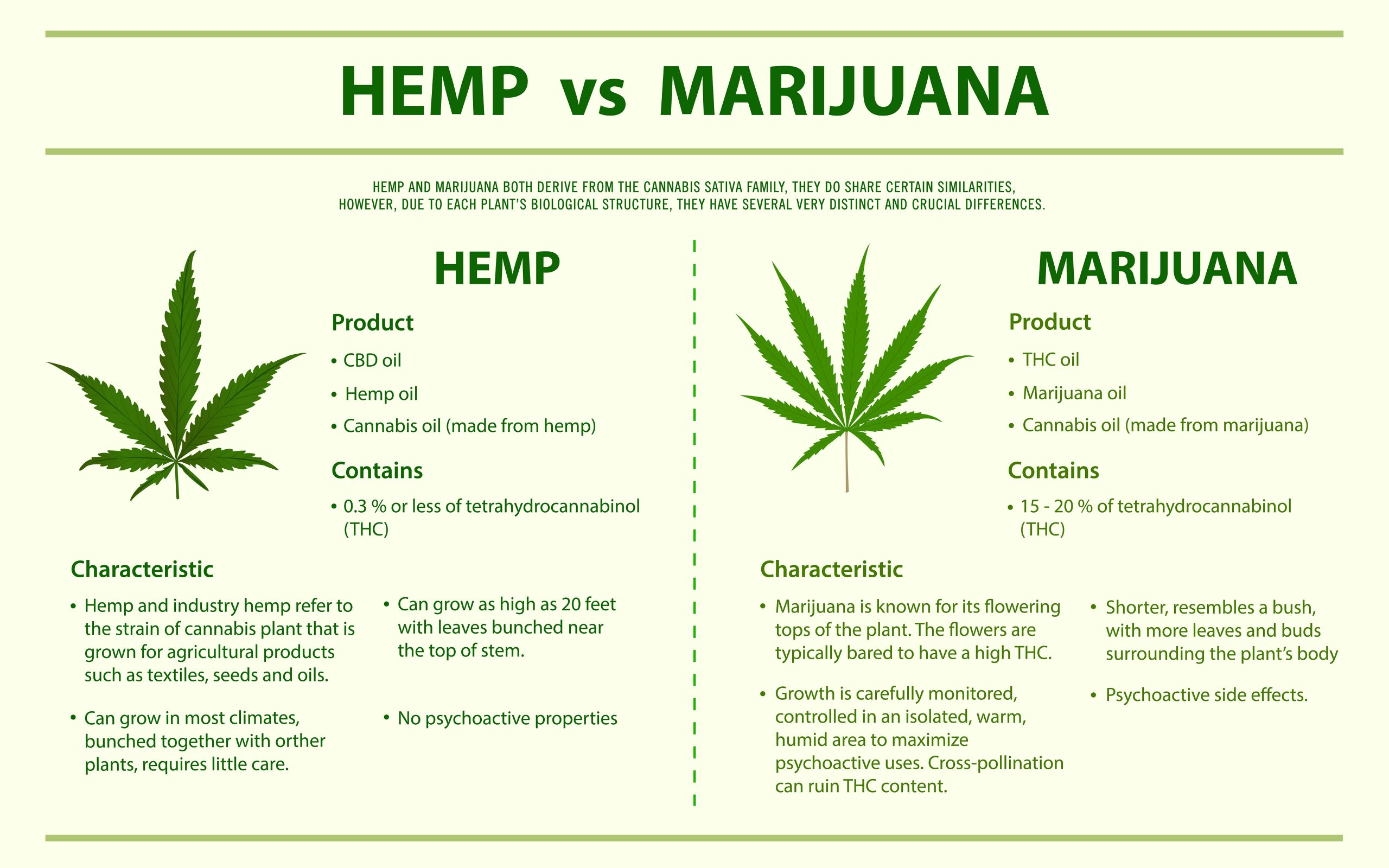 Cannabis plants contain many different cannabinoids, including THC and cannabidiol, or CBD. While THC has psychoactive effects and offers minimal use in the way of medical applications, the opposite is true of CBD. This substance is a natural anti-inflammatory, anti-seizure, and anti-anxiety treatment with a host of other beneficial properties when used in wellness-focused applications. CBD causes no high and will not interfere with the performance of everyday tasks, but many people have found CBD-based treatments to be effective and reliable alternatives to their more dangerous and habit-forming pharmaceutical counterparts.

Demand for CBD-based products continues to skyrocket, with many analysts predicting the industry will eclipse $16 billion by 2025. CBD offers many applications, as it can be used as an active ingredient in foods and beverages, in skincare and haircare products, and as topical treatment for skin conditions and muscle pains. One of the most popular uses for CBD oil as a base for vaping oil, which can produce the calming effects of psychoactive cannabis without causing the high. In fact, CBD actually blocks the effects of THC from taking hold, which is why most cannabis growers strive to cultivate crops of low-CBD, high-THC plants. 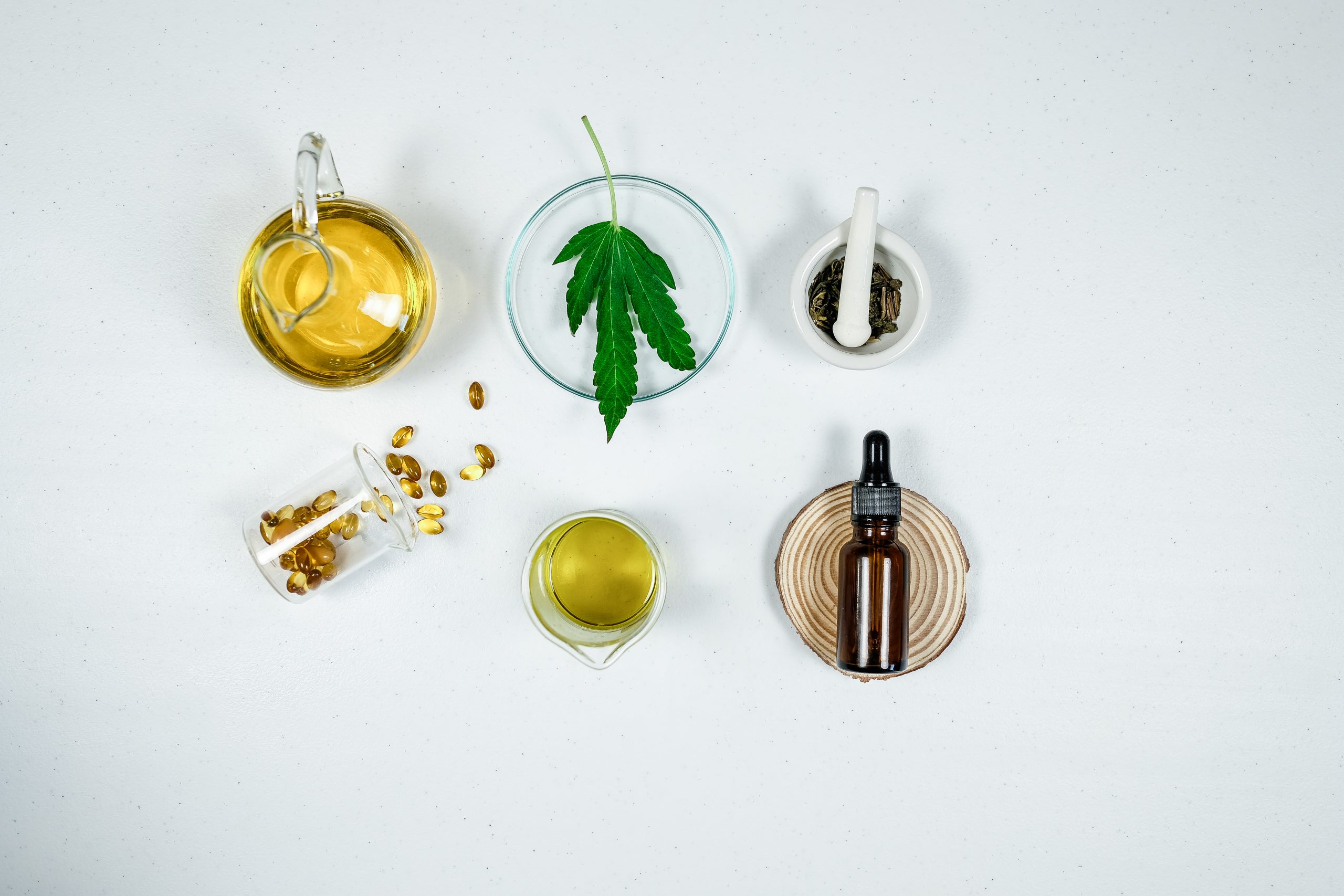 One of the main reasons why hemp has such a long history throughout the world is the fact that this plant offers an incredible number of uses. Hemp fiber is incredibly strong, making it an ideal component for ropes, canvases, clothing, industrial textiles, and as an ingredient in the creation of composite materials. Hemp can also be used to create super capacitors, offering an alternative to the harmful graphene mining industry. Some automotive companies have started using hemp-based substances as replacements for fiberglass, and various parts of the hemp plant have also been used in the creation of herbal remedies for thousands of years. The possibilities are nearly endless when one considers the potential for hemp to reduce human dependence on logging, cotton farming, and other environmentally destructive practices. 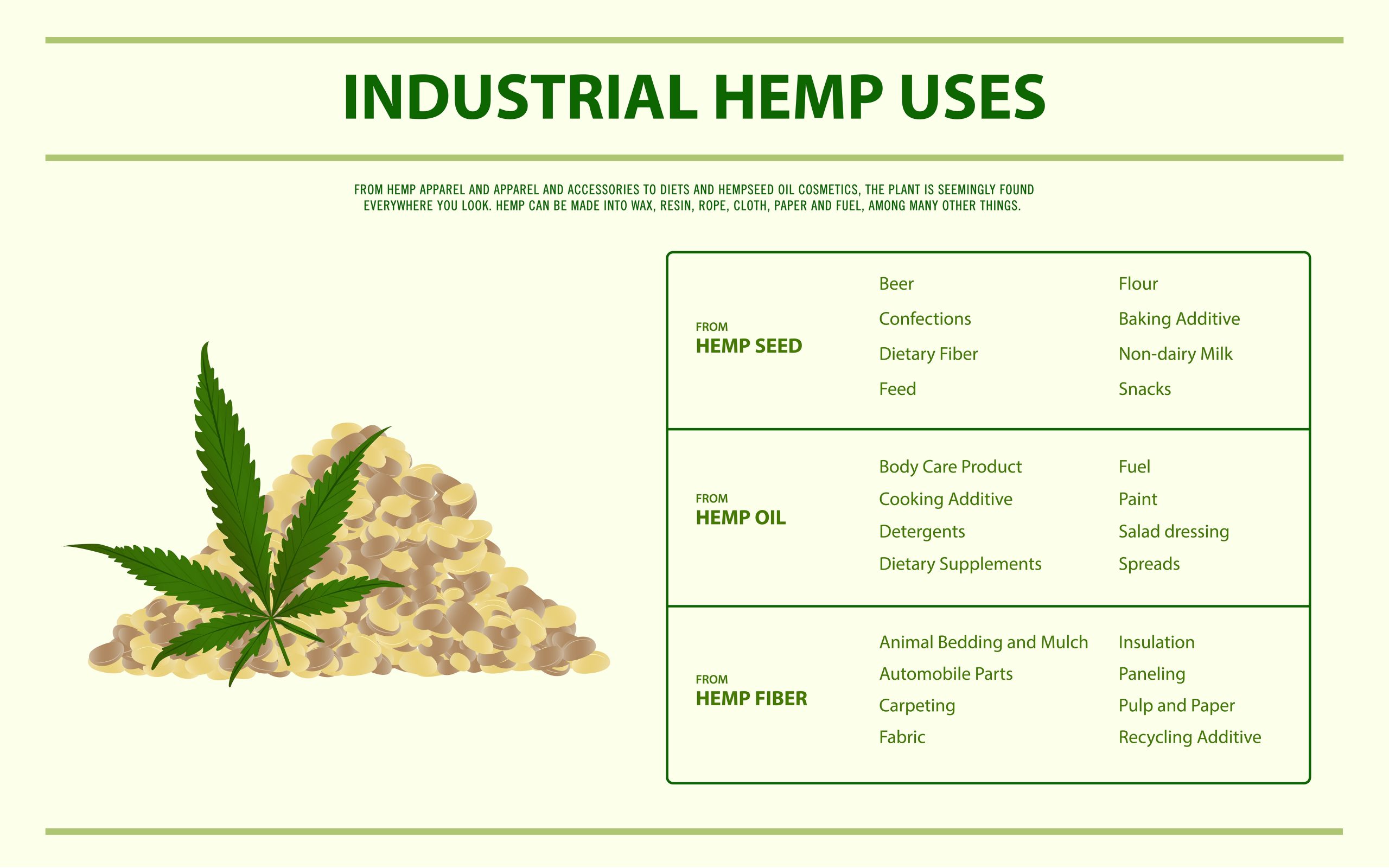 Add these seven surprising facts to what you already know about hemp, and it’s easy to see how it will become the crop of the future. The usefulness of hemp cannot be overstated, and the environmental benefits this crop offers are undeniably beneficial, especially in the face of growing public support for more environmentally responsible solutions. As more people learn the facts about hemp and realize its potential, hopefully this will encourage more logical and science-based legislation that enables an ethical, responsible, and sustainable hemp industry in the United States.